The Castle in Edinburgh, Scotland in the UK. If I remember correctly, I took this from the other side of the river in the new city side. We did not have enough time in this city, but we did have fun while we were there. It is on our list of revisits. A train ride around the perimeter of the Scottish countryside is in our crosshairs as part of another trip to the UK.

History of the Castle

Edinburgh Castle is one of the oldest fortified places in Europe. With a long rich history as a royal residence, military garrison, prison, and fortress, it is alive with many exciting tales. When you climb Castle Hill, you will walk in the footsteps of soldiers, kings and queens; and even the odd pirate or two.

Though parts of it remain in military use, the castle is now a world-famous visitor attraction. It’s also an iconic part of the Old and New Towns of Edinburgh World Heritage Site.

Edinburgh Castle’s origins are truly ancient, reaching back into prehistory.
Set upon its mighty rock, Edinburgh Castle’s strategic advantage is clear. Seeing the site’s military potential, Iron Age people built a hill fort on the rock. Early medieval poetry tells of a war band that feasted here for a year before riding to their deaths in battle.

As well as guarding great moments in history, the castle has suffered many sieges. During the Wars of Independence, it changed hands many times. In 1314, the Scots retook the castle from the English in a daring night raid led by Thomas Randolph, nephew of Robert the Bruce.

The castle defenses have evolved over hundreds of years. Mons Meg, one of the greatest medieval cannons ever made, was given to King James II in 1457. The Half Moon Battery, built in the aftermath of the Lang Siege of 1573, was armed for two hundred years by bronze guns known as the Seven Sisters. Six more guns defended the Argyle Battery, with its open outlook to the north.

The castle is the most besieged place in Britain.

In 1639 the castle was captured in just 30 minutes, taken by Covenanter forces led by the distinguished General Alexander Leslie.

A Jacobite force failed to capture the castle during the Rising of 1715 thanks to poor planning. The ladder they brought to scale the ramparts turned out to be too short.

The Honours of Scotland are the oldest Crown jewels in Britain.
Edinburgh Castle was home to kings and queens for many centuries. Queen Margaret (who was later made a saint) died here in 1093. The chapel built in her honor by her son, King David I, is Edinburgh’s oldest building. St Margaret’s Chapel still hosts weddings and christenings today.

The Great Hall, completed in 1511 for King James IV, hosted grand banquets and state events. But the king had little time to enjoy his new addition. James IV died at the Battle of Flodden in 1513, fighting English forces sent by his brother-in-law, King Henry VIII of England.

Above the door to the Royal Palace are the gilded initials MAH – for Mary Queen of Scots and her second husband Henry Stewart, Lord Darnley. Mary gave birth to James VI in the Royal Palace in 1566. He became king of Scotland at 13 months old and united the crowns of Scotland and England in 1603.

The Honours of Scotland are the oldest Crown jewels in Britain. Made of gold, silver, and precious gems, they were created in Scotland and Italy during the reigns of James IV and James V. The crown, scepter, and sword of state were first used together for the coronation of a monarch in 1543 when Mary Queen of Scots came to the throne. The iconic Stone of Destiny, used for centuries to inaugurate monarchs, is also on display in the Crown Room.

In the Second World War, the Crown of Scotland was hidden from the enemy in David’s Tower – buried in a medieval latrine closet. (That’s a loo, to me and you!)

The castle was once a royal treasury, where the nation’s records and riches were kept. Jewels and treasures from around the world were kept here – including relics of Robert the Bruce, fine tapestries, and magical amulets.

The first prisoners of war were French privateers caught in 1758, soon after the Seven Years War began.
Following the “Union of the Crowns” of 1603, the reigning monarch rarely visited Edinburgh Castle, but from the 1650s it grew into a significant military base. Defenses were rebuilt and enhanced in response to the Jacobite Risings of 1689-1746. New gun batteries such as Dury’s Battery were constructed and new barracks such as the Queen Anne Building were added to house the many soldiers and officers.

Some six hundred troops were housed in the New Barracks, built during the Napoleonic Wars with France. It’s still in use by the military today. Regiments often had a mascot, many of whom were dogs – some of them are laid to rest in the Dog Cemetery, along with other canine companions. But soldiers once brought home a far more unusual four-legged friend to live in the castle stables. (Clue: He also had a trunk.)

Not everyone who came to the castle enjoyed their stay. Even royals were sometimes known to complain about the draughts. But life was truly grim for many of the prisoners who were locked up in the vaults below Crown Square.

As a formidable stronghold, the castle was the most secure lock-up in Scotland. Between 1757 and 1814 the vaults became home to many hundreds of prisoners of war.

Ordnance Survey began life at the castle, in the drawing office of military surveyor William Roy in 1747. His work ultimately led to the national mapping organization being set up.

In 1939 Luftwaffe pilots shot down over the Firth of Forth were brought up to the castle and treated in the military hospital.

You can still see the hole that 49 French prisoners of war left in a castle wall in 1811. All but one got away by hacking their way out and using ropes to escape down the south crag.

Scotland and the UK are on our list for future itineraries, and we will be leading groups to these destinations once we can travel again. Stay tuned for more information as it becomes available and keep an eye on our Itineraries page. Sandals Update Just a quick little Sandals update for anyone that is still interested in travel. Every week I receive an email from my BDM… 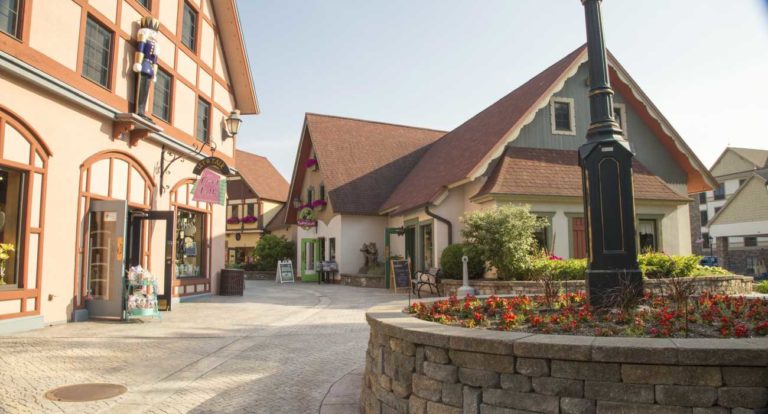 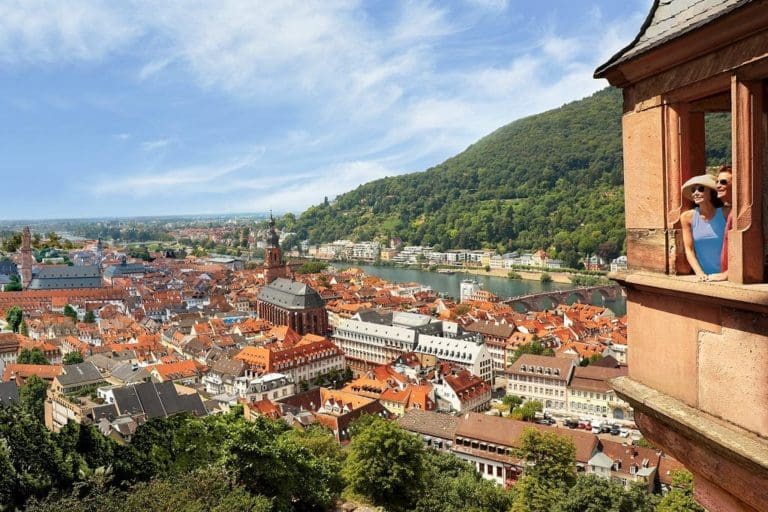 In this article we will introduce 4 Incredible Countries You Will Explore on the Rhine. With their fabulous rooftop pools, jacuzzies, and wellness programs plus… 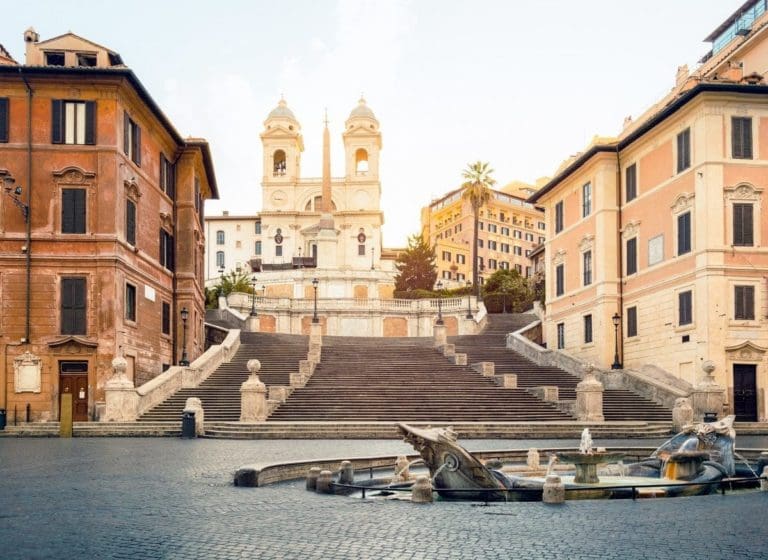 Spanish Steps in Rome I “WISH” I could have taken this picture when I was in Rome! Photo credits go to Getty Images for this…

New Travel Rule for New Zealand Are you planning a trip to New Zealand in the near future? Starting October 1st, travelers will be required… 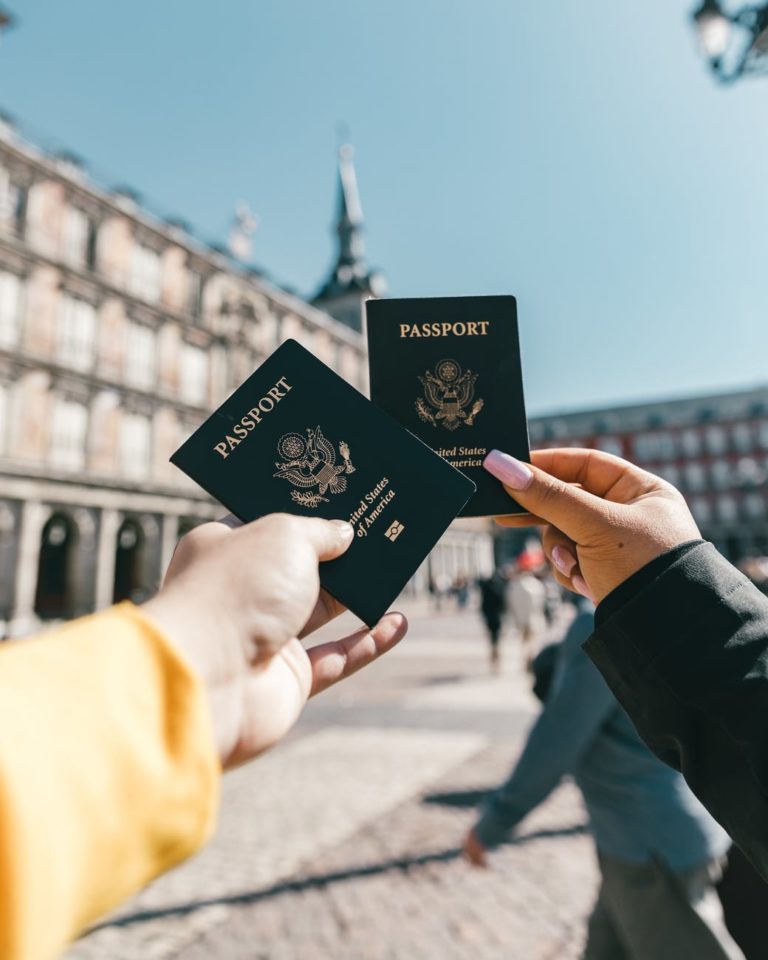 Are you ready for a vacation? It has been quite some time since I have written an article. The main intent here is to show…